The Dangerous Consequences of Rushing a Drug to Market: Elmiron®

The FDA must approve a prescription drug before the manufacturer can sell it in the United States. Ordinarily, the approval process requires that the manufacturer first present clinical trial data as evidence for the effectiveness and safety of the drug.

The Dangerous Consequences of Rushing a Drug to Market: Elmiron®

The FDA must approve a prescription drug before the manufacturer can sell it in the United States. Ordinarily, the approval process requires that the manufacturer first present clinical trial data as evidence for the effectiveness and safety of the drug. If a drug is too dangerous, or if the drug is not effective in treating the condition for which it will be prescribed, then the FDA can refuse to approve the drug. Unfortunately, for millions of women in the United States, this was not what happened with Elmiron®.

The FDA approved Elmiron® in 1996 for the treatment of interstitial cystitis, which is a chronic, painful bladder condition that affects millions of women. However, the approval process was far from normal. The FDA was uncharacteristically lenient and approved Elmiron® despite evidence that the drug was ineffective in treating interstitial cystitis.

Drug manufacturers develop drugs to generate profits. Drugs that treat common conditions, such as diabetes or high cholesterol, generally make more money for the manufacturers. To generate interest in developing potentially less profitable medications, the FDA will designate a drug as an “orphan drug” and give the manufacturer some assistance with development. Elmiron® was approved as an orphan drug. But Elmiron® has generated over $3 billion in sales since it was approved. The net result has been a profitable, dangerous drug that sidestepped FDA scrutiny only to be prescribed to millions of women over the last 24 years.

The FDA rejected Elmiron® twice before approving it. In one of its rejections, the FDA concluded that the clinical trial data failed to establish the effectiveness of the drug in treating interstitial cystitis. In fact, the clinical trial found that 31% of users received no benefit from the drug. But Elmiron® had been designated as an orphan drug, and the FDA ultimately approved it without first requiring evidence of its effectiveness.

The FDA also did not require a pre-approval study to examine the side effects of long-term Elmiron® use. Interstitial cystitis has no known cure, and Elmiron® is the only drug the FDA has approved as a treatment for the condition. Because the condition has no known cure or alternative medication as treatment, most women who start taking Elmiron® end up taking the drug for years, or even decades.

Medical researchers are now finding strong statistical support for linking Elmiron® to a severe, and often irreversible, eye injury that is known as pigmentary maculopathy. Maculopathy is a type of condition that affects the macula, which is a small spot in the retina that helps the eye to clearly see details, such as written text. Pigmentary maculopathy is a unique condition that can unfortunately be misdiagnosed as normal, age-related vision loss. Many women who have taken Elmiron® for years are reporting symptoms such as blurry vision, difficulty reading, and difficulty with dark adaptation (when the eyes adjust to a dark room after being in the light). So far, the studies have shown that symptom severity can increase the longer a person takes Elmiron®. After a long enough period of use, symptoms can progress to the point of being irreversible, leaving patients with permanent vision loss.

There is absolutely no warning on the label of Elmiron® regarding pigmentary maculopathy, or to that matter, any damage to the eye. Because of this, prescribing doctors and patients have been grossly uninformed as to the dangers of Elmiron®. Elmiron® was rushed through approval and the medical community is only now uncovering the dangers of its use. While the manufacturers have collected billions in profits over the last 24 years, an untold number of women have incurred significant, and perhaps, permanent vision loss. 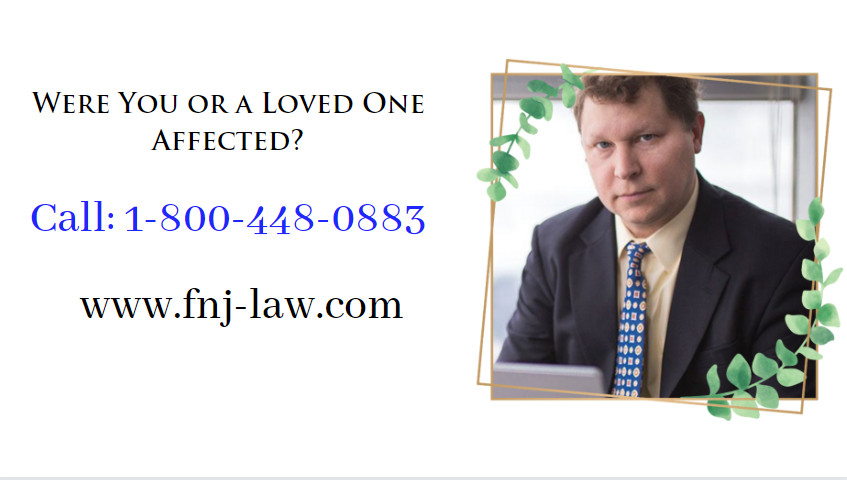 Was Your Implant Affected by a Recall? More on the Exactech Joint Implants

Attorney Sean Jez talks about the recent Exactech issued recall for over 230,000 implants across the United States. Implants created in 2004 or later may have been compromised due to packaging issues, potentially leading patients to suffer from bone loss and revision surgery. 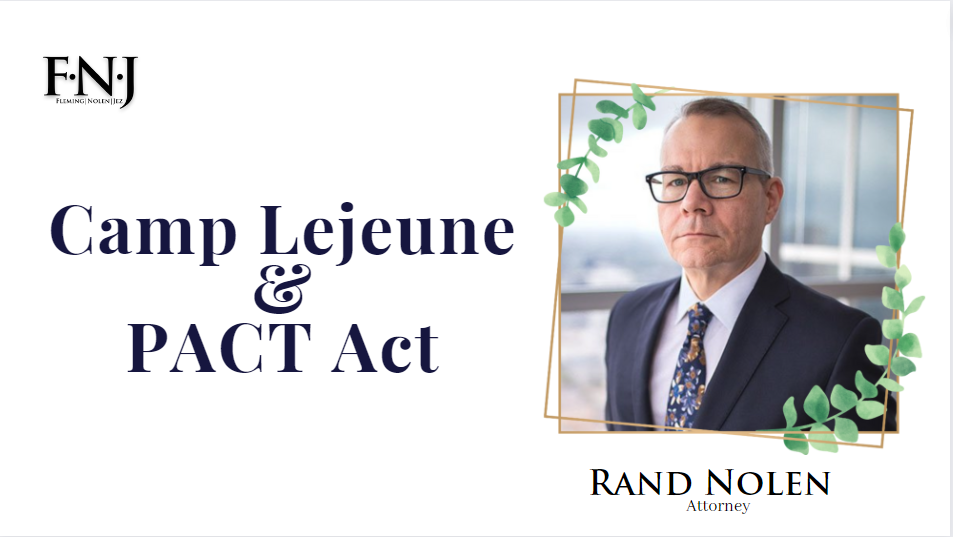 The Camp Lejeune Lawsuit: What You Need to Know

Attorney Rand Nolen talks about the developing Marine Base Camp Lejeune lawsuit and highlights key factors in the coming litigation. Attorneys Sean Jez and Sylvia Davidow were able to present enough evidence to convince an appellate court to reverse a district court’s dismissal ruling. This brings new life to the case, and gives another opportunity for our team to fight for justice.